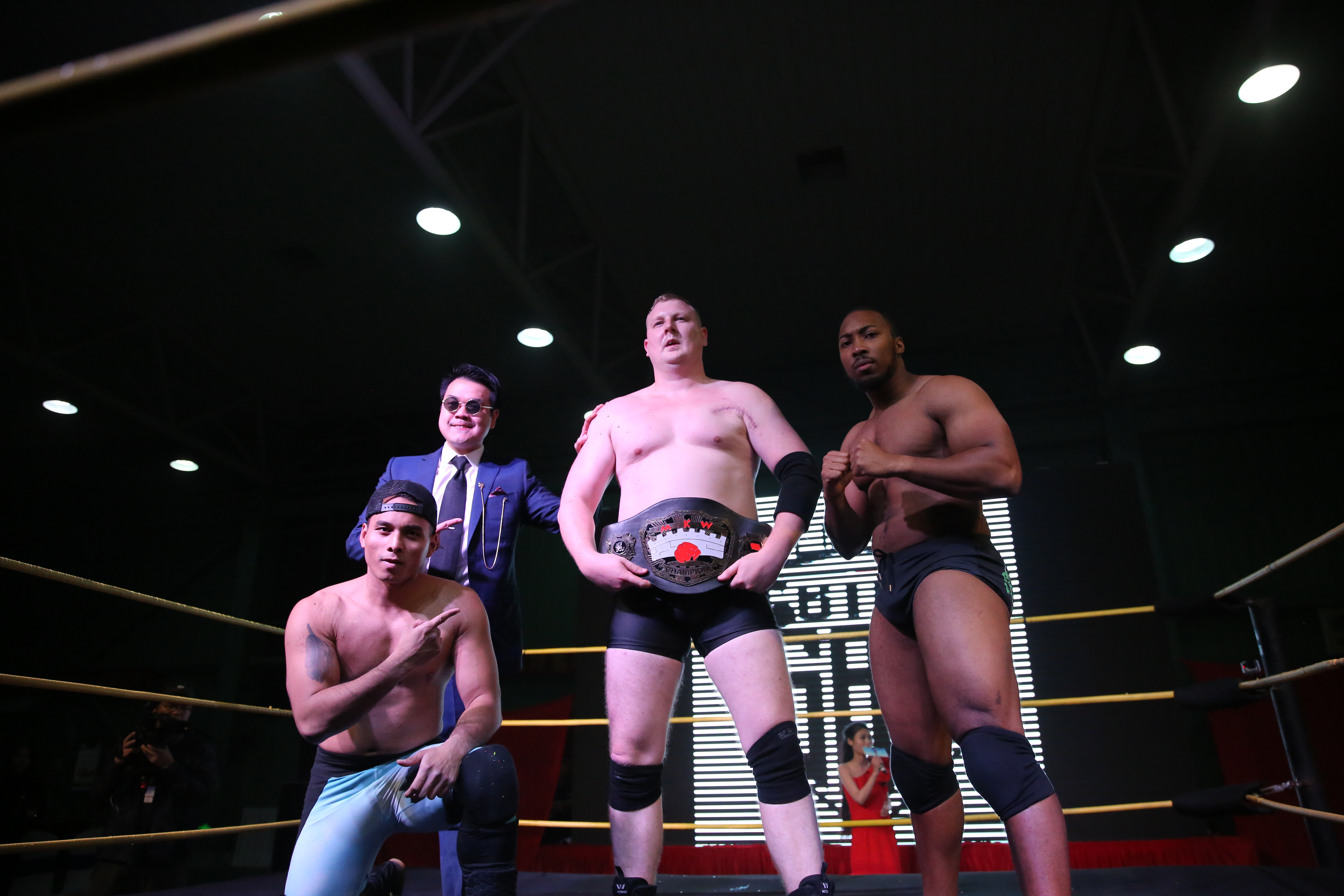 Big Sam was accompanied by fellow member of the The Stable “Chairman” Al who unsurprisingly got himself involved at key moments of the match where Hong Wan could had landed a final blow to the then challenger.  The Stable proved to be a cohesive unit through out last night’s event in not only being able to deliver individual victories – including taking home championship gold –  but also in delivering the message that The Stable is not content with the management “issues” of MKW who they claim starts from the very top, with MKW CEO Adrian Gomez.

The MKW world championship was reluctantly given to Big Sam by the CEO as “MKW Shenzhen Showcase” ended with each member of The Stable – Ash Silva, Uncle Money, “Chairman” Al and new MKW world champion Big Sam –  standing proud, boisterous and united as MKW heads into a future perhaps more uncertain than ever before.