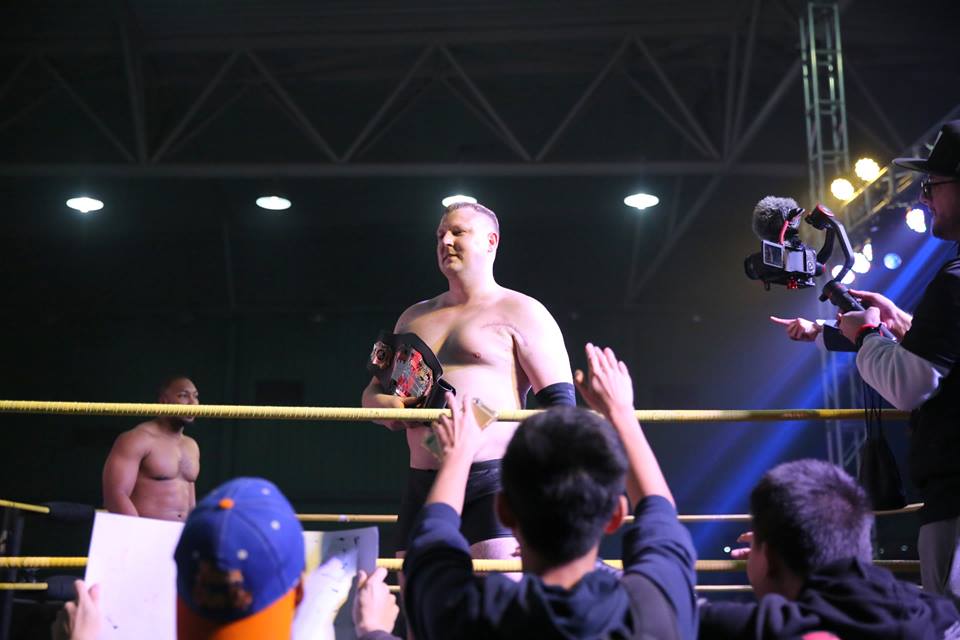 We were able to catch up with Big Sam while he has been vacationing in South East Asia since his MKW world championship victory.  Here is what he had to say in our exclusive interview with the current MKW world champion, Big Sam!

1. How does it feel to be the third ever MKW champion?

What a difference a day makes. As my father once said, “The world has a way of correcting itself,” and that is exactly what happened on December 16th in Shenzhen.  Big Sam has always been a champion in waiting, while the previous two champions arse around and fanny about. The definition of ‘legit’ has now been officially updated in the dictionary to show a picture of a 6’4”, 260lb man holding the MKW championship. How does it feel? It feels right. And just in case you’re wondering, the MKW championship wraps round my waist perfectly.

2. Some people have said the odds were stacked against Hong Wan in the match.  What do you say to them?

The winners write history, and as the winner I will write that Big Sam defeated Hong Wan in the middle of the ring; one, two, three. When Nazi Germany was defeated in the war, no one complained that the odds were stacked against them when they lost to the Allies. This is the same, good triumphs over evil. The support offered by my fellow members of The Stable showed what it means to have friends in the business.

3. As you know, Hong Wan has a rematch clause in his contract and has already started his training for his rematch on January 5th at the MMC Supershow in Shenzhen.  Do you have any comments for Hong Wan?

“Fool me once, shame on you; fool me twice, shame on me.” Hong Wan needs to understand this old idiom because those who do not learn from history are doomed to repeat it. The result will still be the same; Hong Wan lying on his back whilst Big Sam stands proud, still holding the title.

However, I do think a certain member of MKW management has again stuck his nose into this situation and is pushing for a rematch within weeks of me winning the MKW championship. He knows that I had double surgery and I am not at 100%, but just as I’ve said before, Hong Wan on his best day could not beat me on my worst day. I want Hong Wan and MKW CEO Adrian Gomez to understand that size does matter, and Big Sam is bigger and better than you.