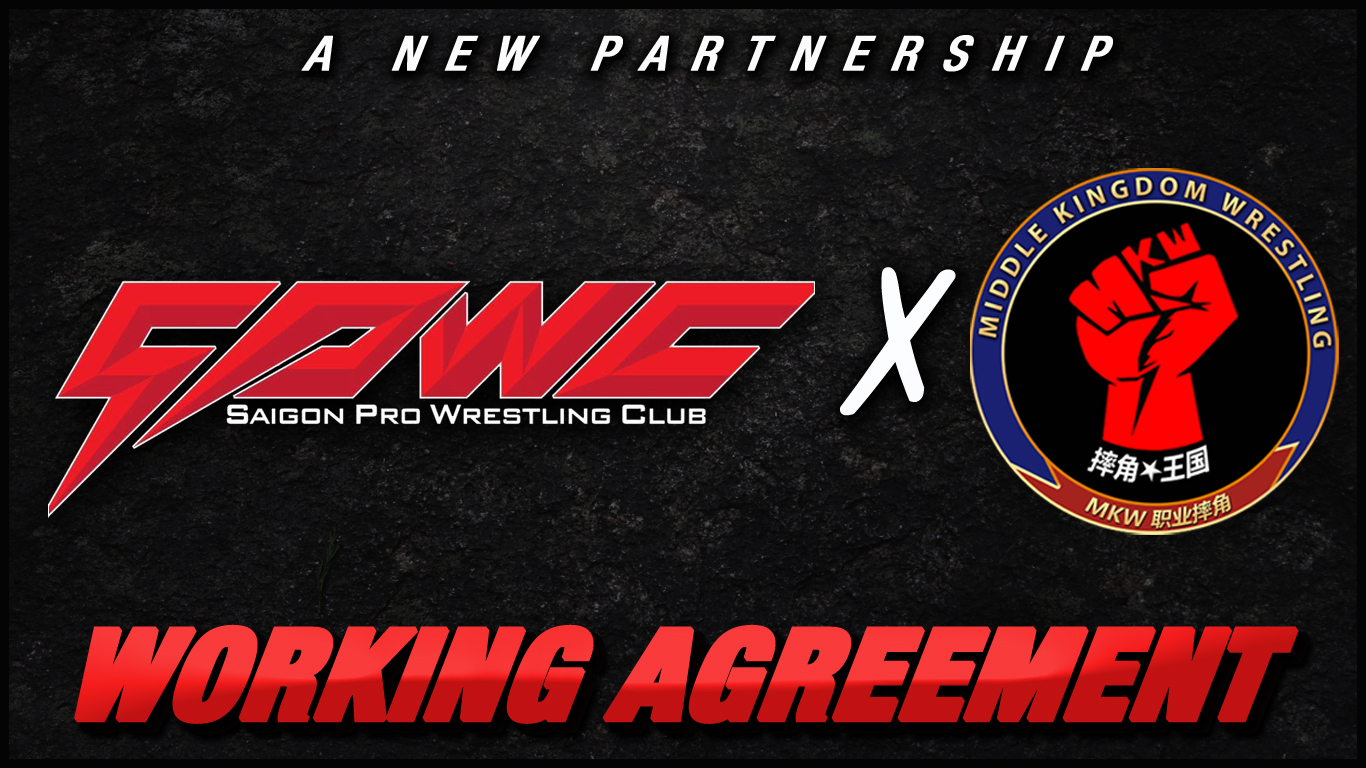 Included in this partnerships are benefits that boths fan of pro wrestling in China and Vietnam will be able to enjoy – including the very exciting possibility of talent exchange opportunities between MKW/SPWC – which will start extremely soon.

More details will be posted soon, as SPWC heads into their next major event titled “Clash of Fate” this weekend on July 6 in Saigon!