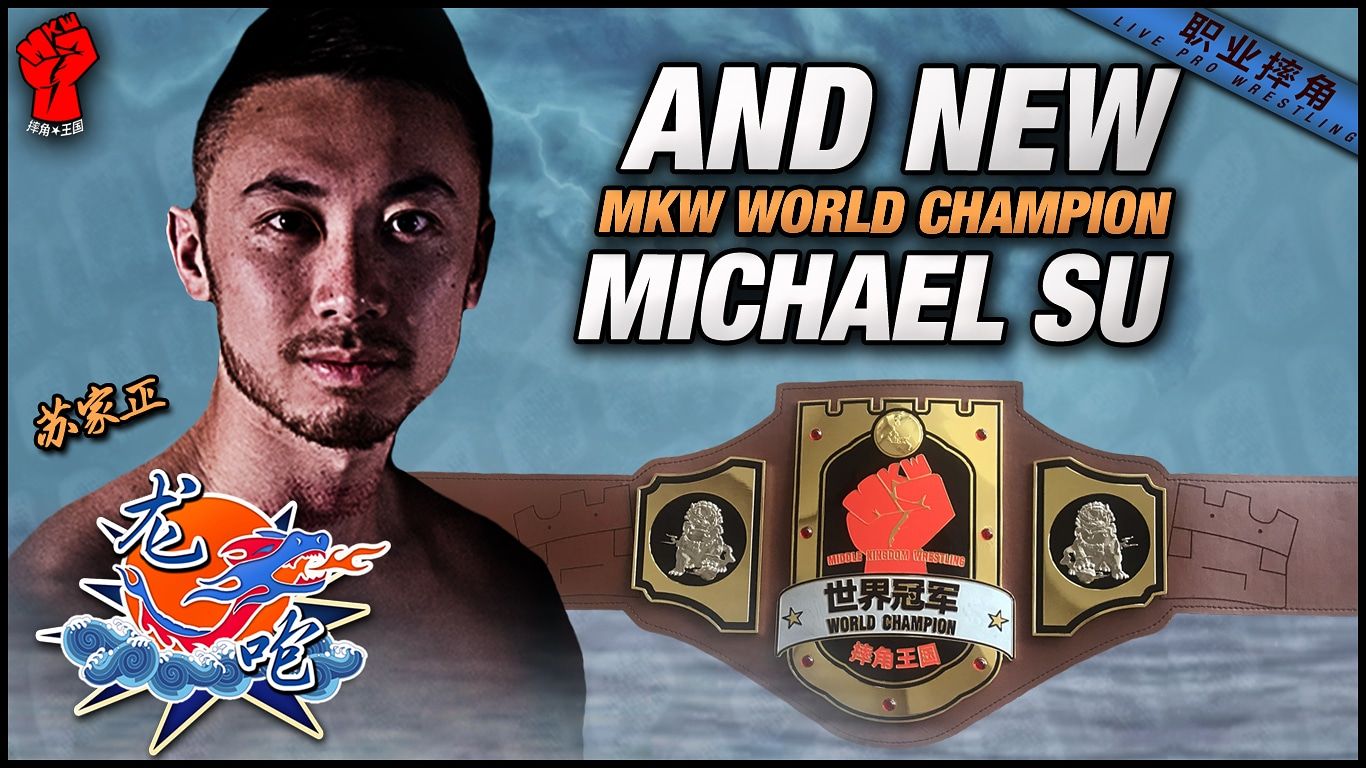 With “Masterclass” Michael Su now as MKW world champion, the landscape in Middle Kingdom Wrestling has completely changed and all eyes are now on Michael Su.
The big question now is, how will Michael Su deal with the immense pressure and responsbility going forward as MKW world champion? And what about Big Sam, the champion going into the match, yet was never pinned?

These are questions that will certainly be answered for another day, so let’s for now just focus on the present moment because we at Middle Kingdom Wrestling would just like to say Congratulations to your NEW MKW world champion “Masterclass” Michael Su!