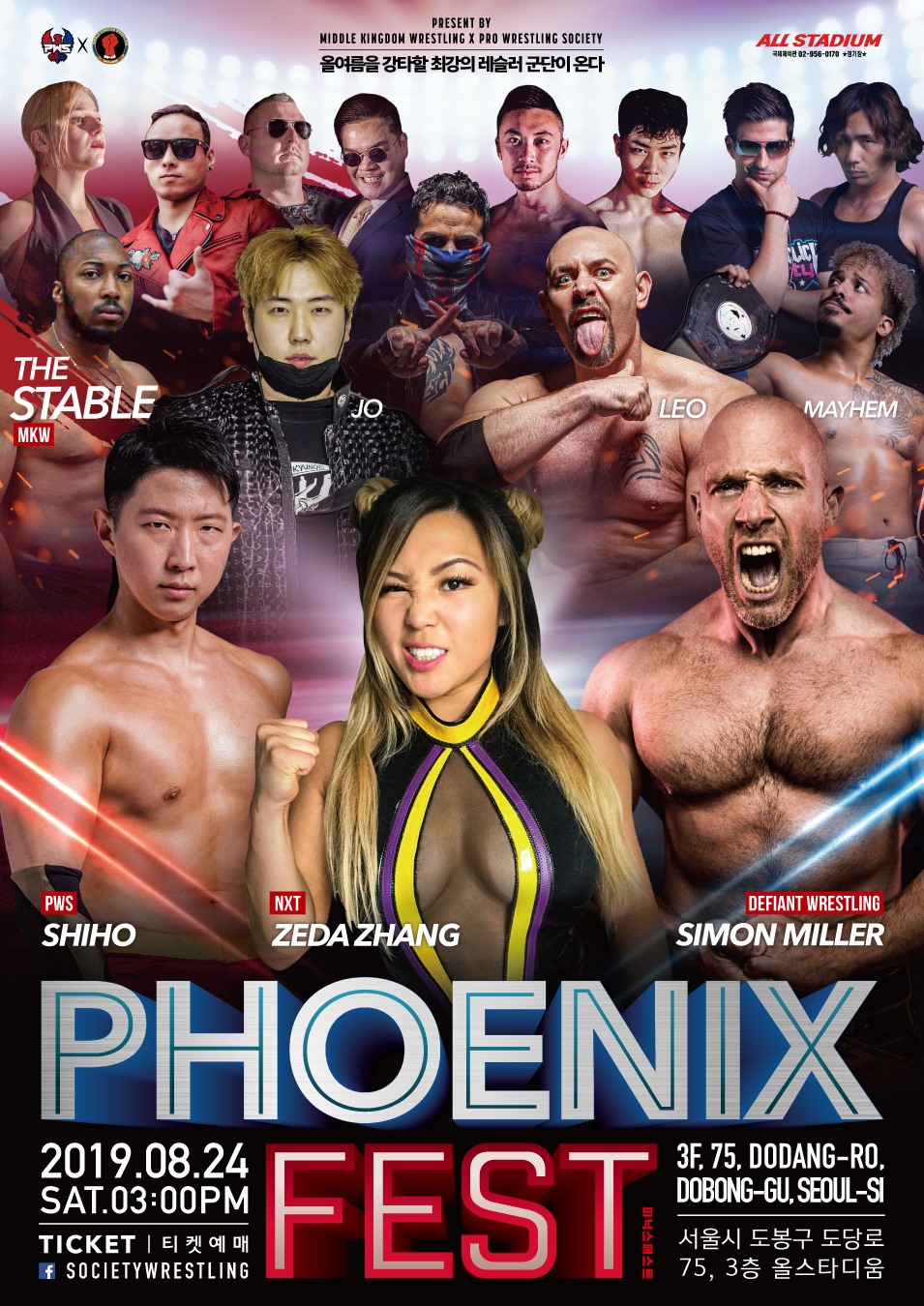 PWSxMKW Phoenix Fest
on August 24 in the heart and soul of South Korea, Seoul!

Fresh from his WWE tryout in Shanghai, Lee Junyan plans to show the fans in Korea the unique Chinese style of pro wrestling.

And The Stable – yes, each and every member of the most notorious, badass group in all Chinese wrestling – will be present at Pro Wrestling Seoul: Phoenix Fest

The sexy, brilliant exhibitionist who has been successfully managing The Stable to victory for over a year, Lady Marie

And if that wasn’t enough, the Women’s Face face of MKW – Zeda Zhang will be making her first time wrestling debut in Korean history!

These MKW superstars will all be in action alongside all of the great superstars of PWS, including Shiho, Adam Mayhem and Simon Miller from Defiant Wrestling