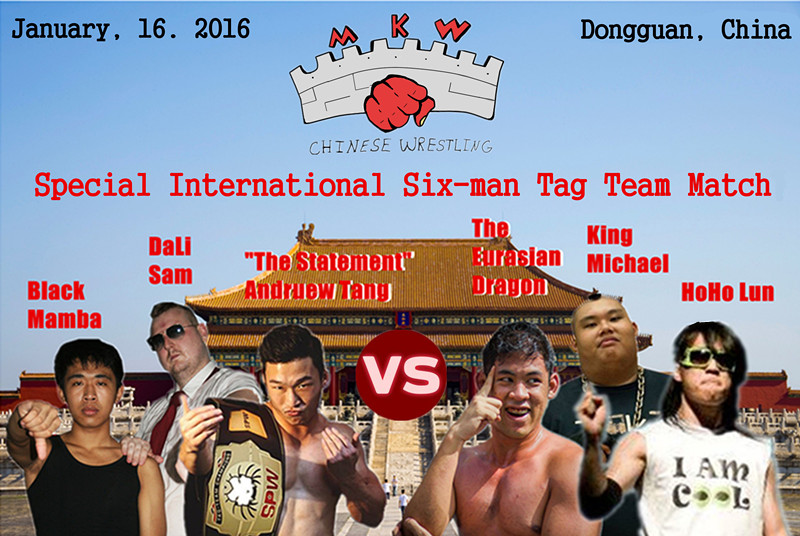 This six man tag team match will be one of two main events for the January 16, 2016 event.  SPW champion Andruew Tang and MKW’s baddest team, Black Mamba and DaLi Sam will take on Singapore Pro Wrestling fan favorite, Eurasian Dragon, as well as Hong Kong wrestlers King Michael and HoHo Lun. Andruew Tang and The Euasian Dragon have had bad blood for a long time in SPW. And after King Michael’s unsuccesful match against The Slam, we know he’s still pissed off about it and he’s just looking for a big win in MKW – luckily, HoHo Lun had few problems convincing King Michael to join what he calls, “the winning side.”  This is just one of two main events MKW has prepared for this massive event early next year!  Stay tuned as we announce more matches for the MKW event in January!