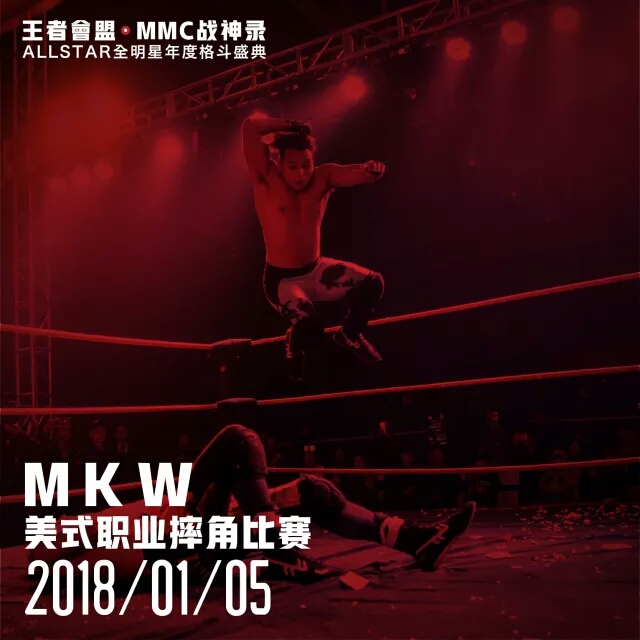 While Big Sam was able to dethrone the near year-long MKW world championship reign of “Selfie King” Hong Wan, several members of the MKW Fan Community have been split on how the match ultimately went down. It is certainly true that the biggest pro wrestler alive in China today, Big Sam, was able to use his incredible power, height and overall size to leave “MKW Shenzhen Showcase” as the third ever MKW world champion, several are also pointing out that there was more going on besides heavyweight level pro wrestling skill. It was apparent just how one sided the match was when every member of The Stable got involved on behalf of Big Sam for several times through out the epic main event.
So because of how the match went down and to avoid any further debate on who the better man truly is, MKW has partnered together with MMC to use their state of the art ring at the MMC Supershow event next Friday in Shenzhen to host the MKW World Championship Rematch of the Century between MKW World Champion Big Sam and “Selfie King” Hong Wan.
The MMC ring is on a high raised platform and features a steel fence surrounding the ring from below the bottom rope. This can further guarantee a fair and clean match with no interference and will ensure no foul play from outside parties. Furthermore, more than two dozen private security personnel have been hired to directly keep out any member of The Stable from entering the Bao An stadium in Shenzhen on the night of the MKW world championship rematch. That includes Ash Silva, Uncle Money and “Chairman” Al.
MKW would also like to use this opportunity to ask our wonderful and dedicated fan base – the MKW Fan Community — to please report to us at MiddleKingdomWrestling@gmail.com any tips or information they may have regarding the possibility of a planned run-in or any other kind of match interference from The Stable on January 5th. We promise to keep your name anonymous and we will keep your identity hidden from the public.
Next Friday, no more games, no more dealing with The Stable: It will be Man vs. Man. Champion vs. Former champion. It will be the MKW World Championship Rematch of the Century between current MKW World Champion Big Sam vs. “Selfie King” Hong Wan on January 5th, 2018 at the MMC Supershow in Shenzhen at the gorgeous Bao An stadium in front of a packed house of more than 5,000 screaming fans. What will Big Sam’s and Hong Wan’s New Year Resolution be ?