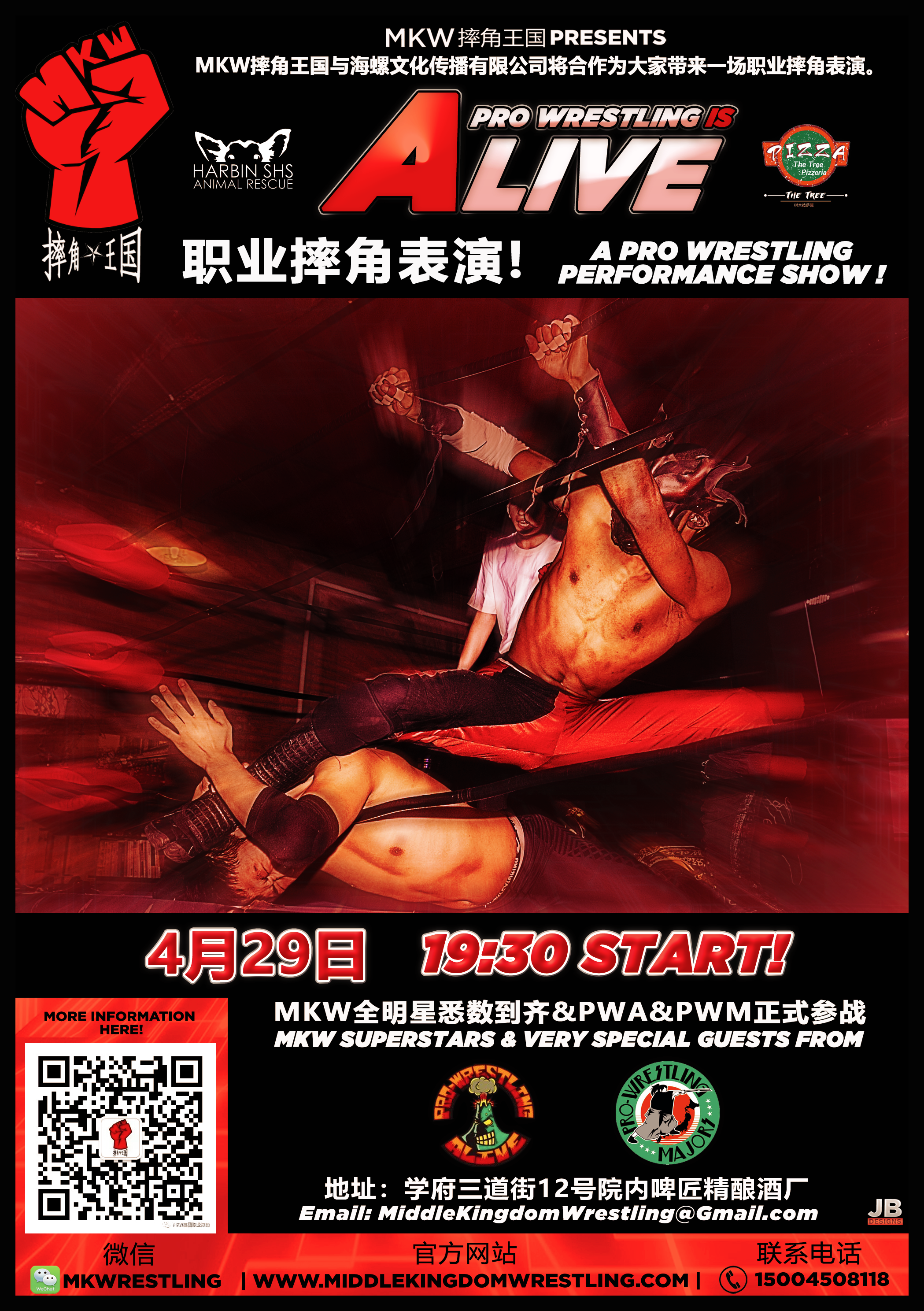 MKW Presents “Pro Wrestling is Alive” will mark the first MKW event to kick-off the historic China-Japan pro wrestling exchange partnership between MKW, PWA & PWM. A partnership that will ultimately benefit You, the MKW fan community the most!

All this and much, much more at MKW Presents: “Pro Wrestling is Alive” on April 29 at the XueFu Brewery Bar in Harbin, China. We’ll see you there !!