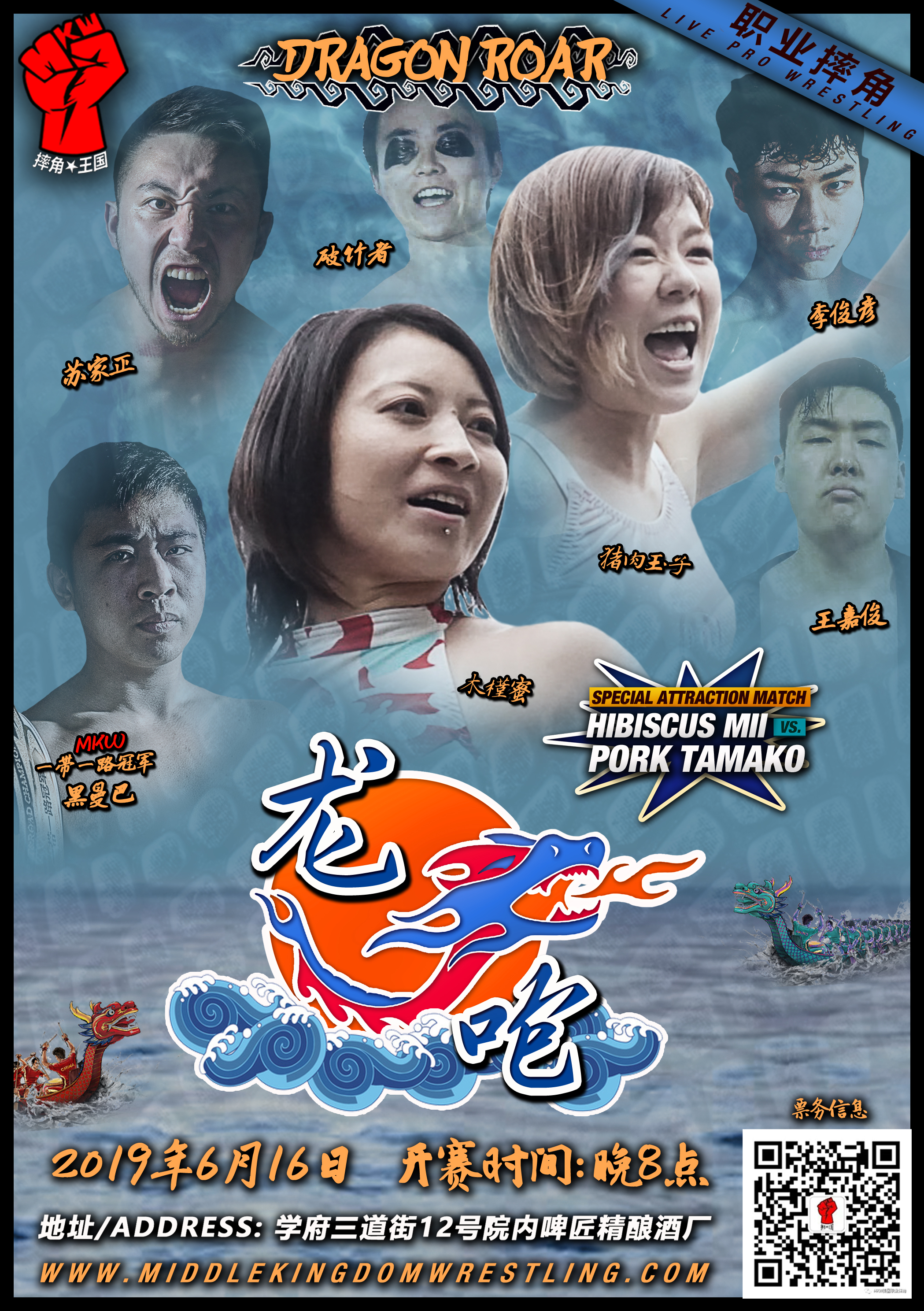 Middle Kingdon Wrestling is back again for another epic pro wrestling event in Harbin, China at the XueFu Bar Brewery (Sublive) on June 16, 2019 at 8:00 bell time.

MKW Dragon Roar is going to be our collective call to the world – together as a pro wrestling organization and along with our passionate fans – that MKW is the most must-see Chinese pro wrestling company on the planet today.

Are you ready to join this pro wrestling voyage with MKW?

As we begin to set sail towards making our historic statement, we have prepared a string of announcements regarding MKW Dragon Roar –

PWA representatives Kimura Taisuke and Syuuou Fujiwara, also known as the Japanese Illuminatti will both be returning to Harbin for the first time since last year’s “Pro Wrestling is Alive” event and they are expected to be together in tag team action at Dragon Roar!

Through our strong partnership with Pro Wrestling Alive, we have put together a very exciting special attraction match between Hibiscus Mii and Pork Tamako! These ladies are so excited to bring the exciting and hard hitting style of Japanese women’s wrestling to China!

MKW will once again partner with MMC to deliver a live broadcast so that our fans all across the country can watch the exciting action unfold at MKW Dragon Roar.

We still have more huge announcements for MKW Dragon Roar lined up between now and June 16 so keep it locked on all of our official social channels to get the latest on all things related to MKW Dragon Roar!

So board with us on our Dragon boat and let’s make our ROARS be heard loud and clear for the incredible and groundbreaking athleticism and wild entertainment that can only be experienced by watching MKW LIVE!