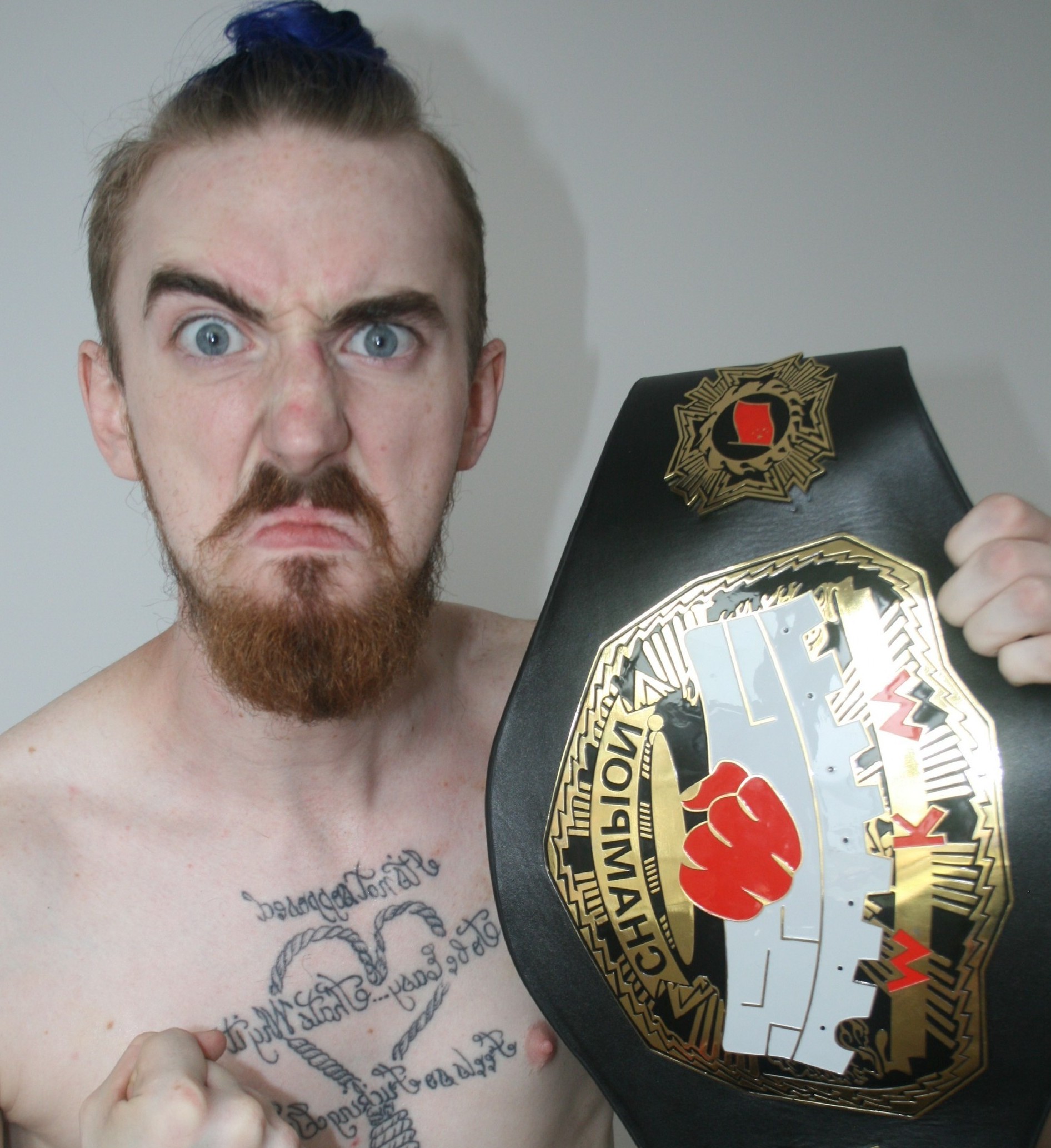 The Arrogant Athiest Dalton Bragg, the first and current champion of the international sensation, Middle Kingdom Wrestling (MKW), will be taking his belt across the ocean to fight in the sixth annual Slave to the Death Match (SttDM) tournament. Before moving to China, Dalton Bragg was a wrestler in America, where he specialized in death match wrestling for over six years. Originally trained at Primos Wrestling, he is a product of their infamous “Butcher Shop” training facility, where he then moved his talents to Oklahoma to be the head trainer for the MidSouth Wrestling Alliance (MSWA). Now, he will be returning to his homeland of the United States for one night only, to challenge the foes of his past at the Slave to the Death Match tournament on September 19, 2015.

Dalton Bragg has participated in every Slave to the Death Match since it’s inception in 2010. The night begins with a battle royal, where a violent crowd of wrestlers fight for the last spot in the prestigious sixteen-man tournament. The first tournament round will be tag team matches, and the winners will then turn against their partner in the semi-finals. The final match is the top four wrestlers in the tournament, competing with bizarre and sadistic items as innovative and horrifying weapons for the tournament championship. Each show has culminated in a co-main event, with names such as Mick Foley, Tommy Dreamer, Rikishi, Sabu, and this year’s Hernandez in the wrestling ring. In Dalton Bragg’s first year, he was eliminated in the battle royal, but his second year he immediately advanced to the semi-finals of the tournament. That year he lost to Mad Man Pondo, who later reigned as tournament champion. The third year, he lost to Chuey Martinez in the semi-finals, who then lost to the famous Necrobutcher. Enraged at his repeated losses, Dalton Bragg made it to the finals in his fourth year at the tournament, but after a devastating match was pinned by the champion, Chuey Martinez. In 2014, he advanced to the semi-finals, only to lose to Joey Terrofyin’, who took home the fifth year championship. This year, the self-proclaimed “future of Chinese wrestling”, will fight to take the championship to his newly adopted home, China.

Wherever The Arrogant Athiest Dalton Bragg traveled in the United States, he was instantly reviled as the most hated wrestler. But since the moment he arrived in China, he has gained the veneration of fans who appreciate his brutality and no-holds-barred commitment to the wrestling ring. While Dalton Bragg has come disappointingly close to winning in the past few years, he has said that after wrestling in China, and gaining the loyalty of adoring fans worldwide, he will bring a new violent edge to win the sixth annual Slave to the Death Match tournament. Either way, Dalton Bragg and Slave to the Death Match’s long history prove that death match wrestling is an industry on the rise.