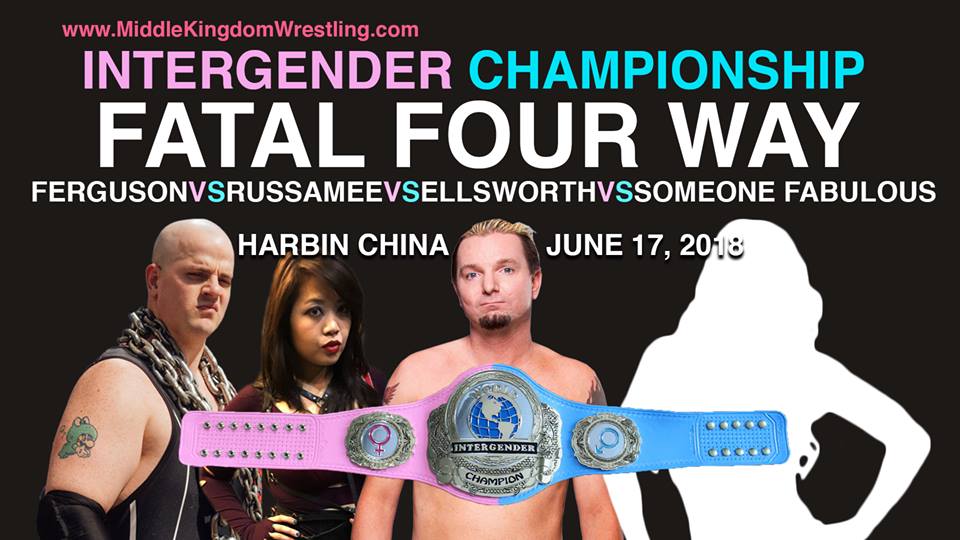 At the upcoming Middle Kingdom Wrestling – 摔角王国 show, Eyes on

the Prize, former WWE superstar, James Ellsworth, will defend the intergender championship in a fatal 4 way. Also eyeing up the championship is MKW new-comer, Cam Ferguson as well as female international wrestler, Tyra Russamee. The forth participant in this match is yet to be named but has said and quote “I am someone fabulous”