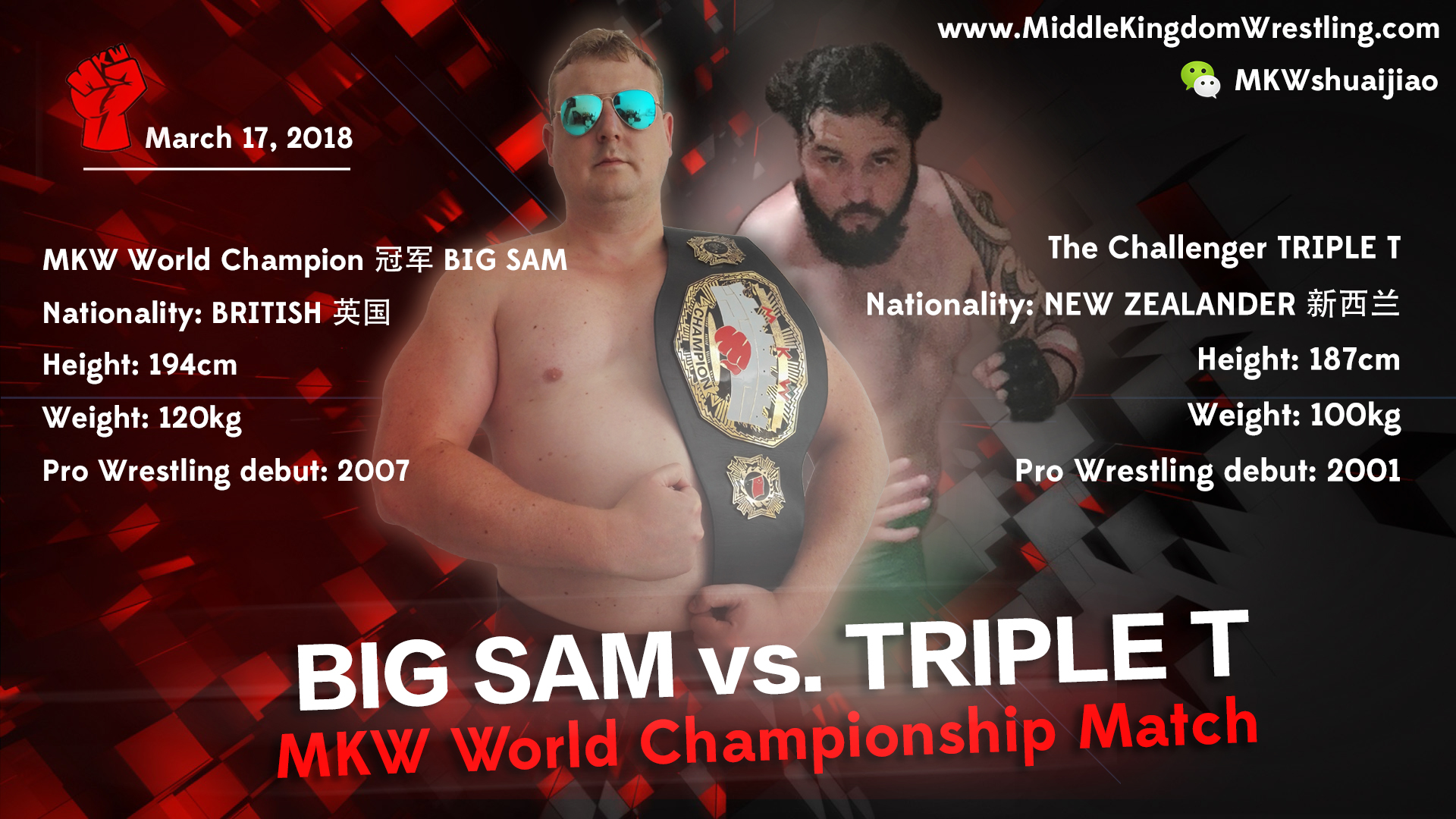 Huge MKW World Championship main event announced for Wrestle Rescue: Year of the Dog !
Big Sam will put his his MKW World Championship on the line against the Krazi Kiwi known as Triple T ! The Stakes just got much, much bigger at the highly anticipated first #MKW 2018 event of the year in Harbin, China on March 17, 2018 !