June 3, 2015 – MKW is proud to unveil the designs of our greatest prize – the coveted MKW Championship belt.  With its logo to be melded into the middle emblem, as the proud Chinese dragons look into it, it’s a championship belt that will represent true greatness in the sport of professional wrestling.  We’ve already been contacted by several wrestlers from the Chinese and Southeast Asian wrestling scene requesting an opportunity to compete for it. MKW Promoter, Adrian said, “the title is being melded as we speak and we know that several wrestlers are frothing at the chance to fight for the greatest treasure to MKW, please be patient as we confirm our plans regarding the crowning of our first champion.”  As soon as the title belt arrives to MKW offices, we will share it here on Middlekingdomwrestling.com and social media. 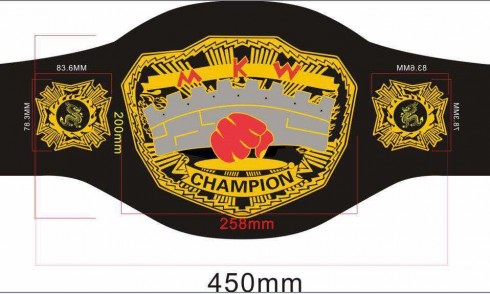